Skip to content
My childhood was spent in remote town in Bihar which became a part of Jharkhand in the year 2000. In Jharkhand, we were quite used to strikes and road blockades. I recall one such incident when I was in my teens, I was travelling with my father from Deoghar to Mahagama which is approximately 100 Kms. In those days it used to take around 5 hours to cover this distance. The journey was good until we reached a place called Pathargama which is 12 kms from Mahagama. As our bus was exiting Pathargama a group of Adiwasis blocked the road for all commercial vehicles in demand of jobs for them. We had to wait for another 5 hours before the local administration intervened and cleared up the traffic jam.
About 15 years later I was on a road trip from Maharashtra to West Bengal and I had to pass through Jharkhand. When we came to Dumka we had to face the same problem – road blockade by the Adiwasis demanding job. Since we were on our private vehicle we were allowed to pass. Commercial vehicles were blocked for a few days. Unfortunate!
In these 15 years I have seen their Union leaders prosper in terms of power and wealth. Then why did not they do anything for the agitating poor? They know it better if poor is no longer poor, they would lose the opportunity for making money for themselves.
This is called Leftist strategy – To prey on the faith of the people who believe them. Had these people not believed their Union leaders, they would have been better off. 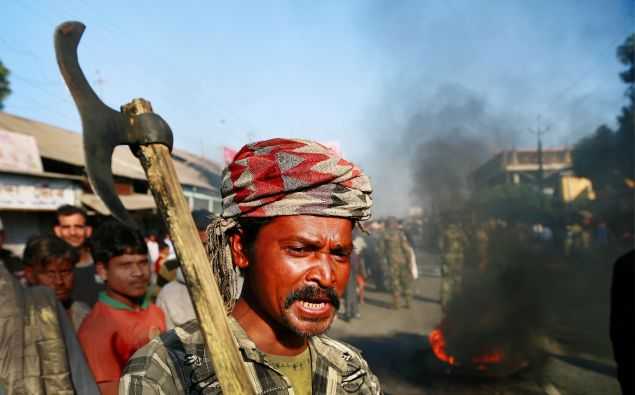