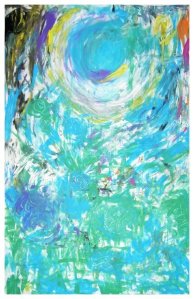 “Just as the embodied soul passes from childhood to youth to old age, it also passes from one body to another. The undaunted person therefore is not deluded.” -Verse 13

“Heat and cold, pleasure and pain arise merely because of the contact of the senses with the sense objects. They are fleeting. Therefore O Arjuna, try to tolerate them.” -Verse 14

“Asat (unreality) knows nothing about existence while Sat (reality) of non-existence. The seers who had the vision of both concluded thus about the two.” -Verse 16

“Know that which is pervading all this as indestructible. No one is capable of destroying it.” -Verse 17

“All created beings were unmanifest in the beginning, manifest themselves in the middle and become unmanifest again when they die in the end. If this is so then where is the need for lamentation?” -Verse 28