Mere Vishnu app is my dream project that got published on the Android Play store on 2 Jan. 2021. The app took about three years to publish.

This Android app is dedicated to my younger brother, Vishnu who shared his name with one of the most revered Gods of Hinduism, Lord Vishnu. Lord Vishnu is the one of the three supreme Divinity of Hinduism, who is considered the preserver of Humanity on Earth. According to the ancient Hindu scriptures, Lord Vishnu has taken birth as a Human on Earth to protect Humanity from the evil and to give important life-lessons to the humans. One such incarnation was of Lord Rama who is still considered as the best Emperor and the most ideal human of all times.

This app is created to make available one of the most revered Epics of Hinduism in digital format. Ramacharitmanas is an Awadhi (Language of Ayodhya in Uttar Pradesh, India) translation of the oldest Hindu Epic, Ramayana, which consists of 24,000 Sanskrit verses. The word “Ramcharitmanas” is made up of three words- Ram, Charit and Manas. Ram was the King of Ayodhya and the ruler of the entire Indian Subcontinent. Charit means deeds and Manas means lake. Ramcharitmanas means the Lake of Shri Ram’s deeds. Ramcharitmanas consists of approximately, 10,000 verses.

The work on curating the content began in late 2017 and it took about two long years to complete the content curation in three languages (Awadhi, Hindi and English) and providing the content a logical structure to be presented on Digital platform. The development of the app started in Nov. 2019 and despite the pandemic situation, the app was launched on Android Playstore on 2 Jan 2021. The content curation and app development took much time as I was working on this dream project of mine, only over the weekends, without making any impact on my professional obligations through the weekdays.

I was pretty sure of what features I wanted to have on the app. And to ensure the team working on developing this app had the same understanding about the intent, features and design of the app, I created a prototype before engaging the development team. In case you too are planning to develop any app, it’s better to have something visual to share with the development team.

You may get the app on your Android device by going to the link- t.ly/mvsn

Or scanning the following QR Code- 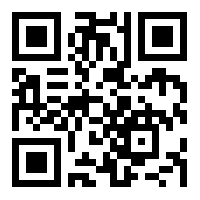 Learn how to use the app

USP of the Android app

This feature has been introduced for the first time on any Android app. The feature allows users to choose the navigation to be placed either on the left or right hand side of the mobile phone, whichever suits better to the user.

First of it’s kind, this is may be the only Android app that offers Ramcharitmanas with translations in Hindi and also in English languages. Other Android app on this subject generally has content scanned from books.

Bookmark your favorite verses and manage them, if you have a long list of favorites

The app connects to your phone through your Google account and makes the app capable of bringing you to the verses you were last reading before closing the app session.